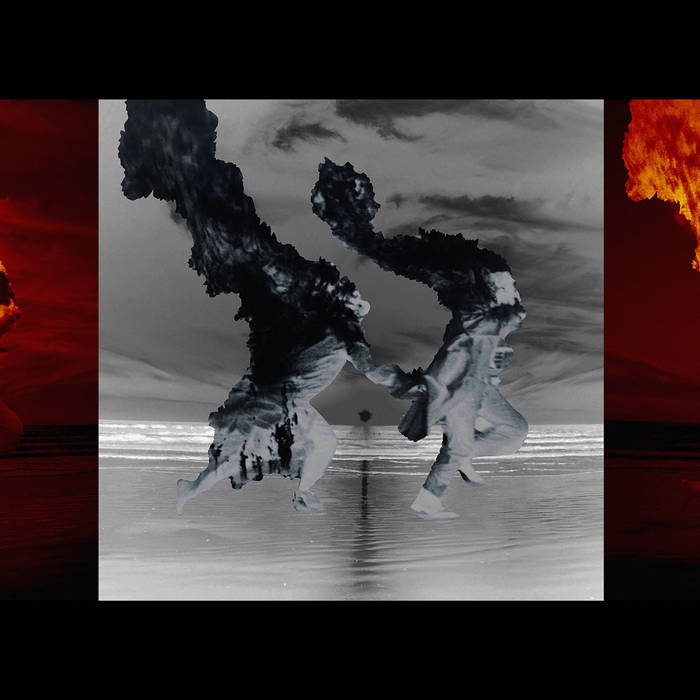 Zombie Techno by NETHERLANDS is a musical document of the anthropocene that dissects and critiques mankind’s devolution via its addiction to technology, the scourge of capitalism, and the plague of distraction. As the Earth’s ecosystem morphs into proverbial white blood cells tasked with ridding itself of the virus of humanity, NETHERLANDS look on in anger, grief...as well as with the last fumes of hope they can muster... and submit a turbulent, psychedelic jaunt through various sonic biomes. Zombie Techno is an album that sounds like the musical version of a life flashing before one’s eyes in the moments before death, a sonic apocalypse rendered in an onslaught of primal, visceral drumming, churning synth bass, guitars that oscillate between bludgeoning sludge sledgehammers and searing deathrays of shred, and the occasionally droll, but generally acidic caterwauling polemics of a man actively disassembling the machine of extinction as it consumes us all. Despite the lofty concepts and heavy premise of the album, it carries its formidable weight with the agility and anger of a punk band, the dynamics and melodic intrigue of a prog-rock opus, and a larger-than-life intensity that is as compelling as it is deeply and genuinely terrifying. This is an album that supplies new information with each repeated listen and a rare example of a record that begs to be blasted at masochistic volume as much as it deserves to be afforded the intimacy of headphones. Zombie Techno provides an intersection for high art altruism and low brow intensity that shirks genre restriction and lazy consumption, and is an antidote for the predictability and trends of heavy music in 2020.

formed by Timo Ellis in 2010, NETHERLANDS magic lies in the contrasts it sets up: falsetto vocals, odd time signatures, and haunting hooks transform their monstrous power into weirdly delicious and dynamic songs. The overall effect is not unlike that of Swans and Dio playing simultaneously, atop an actual mountain of MDMA. ... more

Bandcamp Daily  your guide to the world of Bandcamp

Cannibal Corpse's George "Corpsegrinder" Fisher stops by for an interview